On Motes and Beams

"Islamic State Is An Enemy Of Freedom But...." 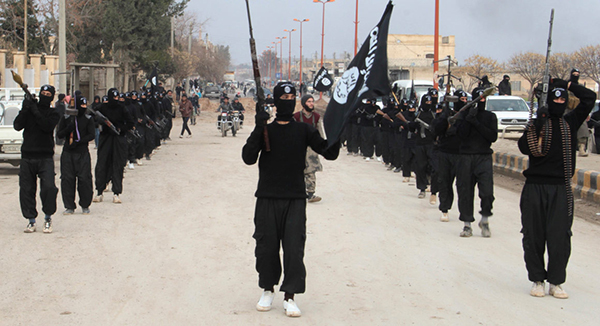 Last week, the Guardian reported on an intriguing new counter-extremism initiative. Organised in partnership with a Muslim charity called Upstanding Neighbourhoods, it has been launched in response to alarming instances of young Muslims absconding to live in the Islamic State. Schools such as Saltley Academy in Birmingham - which only last year was embroiled in the Islamist 'Trojan Horse scandal - have been inviting young Yazidi refugees from Iraq to address pupils with unsparing accounts of what life in the Islamic State is actually like.

The Guardian's report, however, prompted an indignant response from Ella Whelan over at Sp!ked Online. Whelan offered two objections, the first of which is strategic, the second of which is philosophical.

On the subject of strategy, she had this to say:


[I]n the absence of being able to say what British society stands for, what its values are, and why, therefore, it is superior to IS, the state instead uses a group like Upstanding Neighbourhoods to scare pupils into staying in Britain.

The language is tendentious and shrill, but this sentence carries the seed of a legitimate criticism: that any approach to counter-extremism, which focuses on the brutality of the Islamic State at the expense of a thoroughgoing advocacy of the benefits of life in the West, is of limited use. In this much, I concur. But why should one preclude the other? Whelan elaborates:


[I]t is also odd that some think this is educational. Trying to scare children into line with tales of the bogeyman works with five-year-olds. But when it comes to older children, or young adults, and the problem of terrorist organisations, society and schools should be engaging all pupils in a real conversation about freedom, not selecting Muslim students and scaring them rigid with gory details and nightmarish scenes.

In other words, Whelan objects to the initiative per se. She seems to believe that these young Yazidi women are merely instruments of propaganda in the hands of a cynical state, used to terrify credulous children into conformity. The "bogeyman", bear in mind, is a fiction.

But Iraqi refugees are not being asked to lie to children. On the contrary, they are being asked to testify to the punishing reality of life in the Islamic State, a reality totally at odds with the utopian propaganda used to seduce young recruits, and a reality from which Whelan - perversely - seems to want children protected, even as she protests their infantilisation.

Education involves the provision of information to allow for informed choice, a necessary part of which is a frank discussion of risk and consequence. Those disinclined to believe the claims of politicians (whom Whelan casually depicts as incompetent and mendacious) or the media (which she accuses of over-hyping the terrorist threat) may therefore benefit from the hair-raising testimony of those who have actually experienced life in Raqqa firsthand, and whose warnings are not so easily dismissed. That is, of course, unless they are persuaded by articles like Whelan's that such voices are merely circulating falsehoods on behalf of sinister state power.

And what of the philosophical objection - the "real conversation about freedom" Whelan demands? On this score, she is determined to make the perfect the enemy of the good.

When the state of Oklahoma badly botched the execution of convicted murderer Clayton Lockett in April 2014, my twitter feed was suddenly awash with histrionic claims that the United States had now conclusively forfeited its right to criticise, say, the Islamic Republic of Iran for its use of the death penalty. Self-examination and sober reflection metastasised into a deranged moral equivalence which held that a democracy allowing for the use of lethal injection in a narrow set of circumstances is morally no better than a theocracy mandating the public stoning of adulterers and the hanging of gays from cranes.

By the same token,  Ella Whelan is not convinced that Britain is qualified to sit in moral judgement on the genocidal Islamic State. She concludes her article with the following:


The British government is keen to posit IS as an enemy of freedom, and rightly so. But Britain is compromised, too. It is a society in which the freedoms of its citizens are increasingly restricted by assorted speech laws; in which the therapeutic state all too readily seeks to nudge and nanny its citizens through their daily lives. The West can criticise the elimination of freedom abroad, and endlessly pretend that our own liberty is intact, but until we protect and celebrate freedom at home, the argument against IS will never be that convincing.

Undergirding this paragraph's various problems is a peculiarly absolutist view of freedom. That is to say, either you have it or you don't. And, as Whelan would have it, until such time as the West (childishly denigrated in her preceding paragraph as "supposedly civilised") has succeeded in constructing a perfectly free society, it has no moral authority on the subject of individual liberty. So an article which began by demanding that we defend Western values instead of terrifying children, concludes by claiming that any such defence is invalidated by the West's less-than-perfect adherence to what it preaches. This is, I'm afraid, cynicism without even the benefit of coherence.

Whelan appears to believe that she is unmasking a fraud. But the arrogant pretence of Western perfection is characteristically asserted, not by the West's defenders, but by its enemies who then proffer every flaw as a self-discrediting hypocrisy. It is news to no-one that Western democracies are riddled with inconsistencies, absurdities, and contradictions. Some result from explicitly pernicious ideas, others from the unintended consequences of well-meaning ones.

But defending the West and harshly judging theocracies does not require a stipulation that Western nations are themselves perfect, still less that their governments and/or populations are so. It requires an understanding that liberal democracy provides a framework within which all people can best win and defend their own emancipation. Democratically-accountable governance. Wide parameters of freedom of speech and inquiry. The separation of revelation from reason. An independent judiciary. An acknowledgement of the universal rights of individuals. Developments midwifed by Enlightenment thought, and essential to the subsequent pursuit of incremental Western progress.

The perfectly liberal and free society Ella Whelan apparently demands before she will seriously entertain Western criticisms of Islamic State will never materialise, and for the same reason that utopians favour totalitarianism as a means of achieving their ends: that liberal democracy renounces the pursuit of the perfect for the pursuit of the good. And, in so doing, it is able to offer something more valuable than a utopian mirage: a stuttering process of self-correction which has eventually led the West, stumbling through trial and error, to reverse the historic errors of slavery, empire, and discrimination and to enshrine rights and freedoms in law still denied to much of the world's population by despotism.

Western self-criticism - of which Whelan's article is a particularly crude example - has, of course, been instrumental in achieving such gains. But there is a tendency amongst those who take them for granted to surrender to a self-lacerating masochism as a means of advertising their own moral virtue. The democracies of secularised Christendom, with their internalised narratives of sin and redemption, are more vulnerable to this tendency than honour/shame cultures. It was Christ, after all, who is said to have cried:


Thou hypocrite, first cast out the beam out of thine own eye; and then shalt thou see clearly to cast out the mote out of thy brother's eye.

Human fallibility being what it is, no eye will ever be completely free of blemish. And the world being what it is, the complete suspension of all moral judgement is neither possible, nor desirable. And so, instead, when evaluating imperfection, it is important - in the name of perspective, moral clarity, and sanity - to make unapologetic distinctions between motes and beams, and to remember which is which.
Posted by Unrepentant Jacobin at 12:24